The Biggest Republican Candidate on Facebook is Not Who You'd Expect 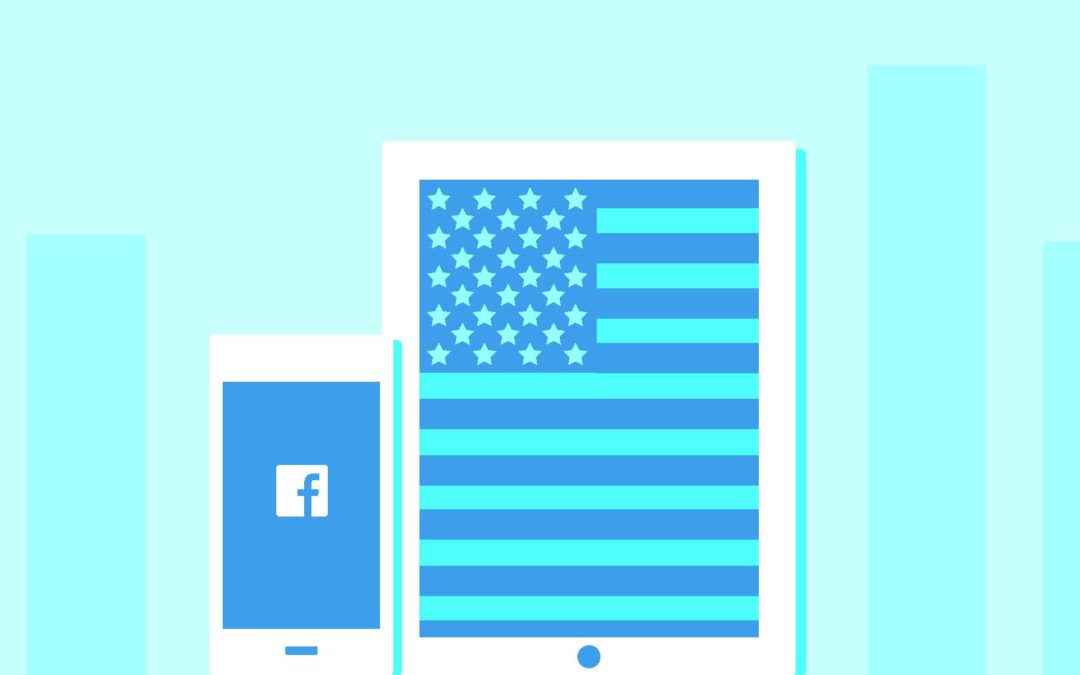 With the presidential election hotting up, we look at the engagement on some of the Republican Presidential candidates on Facebook.
Social media will play a big part in next year’s US election. In addition to existing voters, many who will be coming of age and voting for the first time will have grown up with it, so it makes sense to target potential supporters on the platforms they use most frequently.
To see who’s making their voice heard on social at this early stage, we decided to take a look at the Facebook performance of Republican and Democratic nominees for the presidency. Because the first GOP debate took place last month, we looked at the the Republican field first.
For the purposes of this piece, we looked at the “major” candidates – defined as candidates featured in major polls – and engagements on their official Facebook pages over a 30-day period from 27th July to 26th August. We measured Facebook likes, shares, and comments to get the total number of engagements for those 30 days. Other factors, such as the volume of posts and average engagements per post, are considered later in the piece.
As always, the data comes from Spike.
Note: Chris Christie’s official Facebook page was only recently added to our database. For this reason, we were unable to track engagements on his page during the given time period. We will include his page in future rankings on this topic.

Based on total engagements, here’s how the 16 major candidates fared over the 30-day period. (‘Engagements’ = Likes + Shares + Comments on posts during the relevant period).

Surprisingly, our data shows Dr. Ben Carson to be the candidate with the most engagements on Facebook during this time period. Carson notched up over 7.3 million engagements, earning a notable lead over his nearest rival, Donald Trump. Trump generated nearly 6.2 million engagements in the same 30 days. It’s likely that Trump has generated by far the most column inches and mainstream coverage of any of the candidates noted above, but Carson appears to have a considerable influence in social circles. It’s worth noting that Carson reportedly gained 100,000 page likes on Facebook and over 400,000 followers on Twitter in the build-up to and course of the Republican debate on August 6th.
Looking further down the list, Mike Huckabee, Ted Cruz, and Rand Paul round out the top 5. Each of these candidates earned over 1 million engagements in the 30 days we looked at for this article. Huckabee and Cruz are closely linked in terms of numbers, with just under 30,000 engagements separating them. Paul trails by some margin with about 1.2 million engagements separating him from Cruz, yet he himself has a considerable advantage over sixth-place candidate in these rankings, Carly Fiorina.
However, when we rank candidates purely by comments, things get a little more divisive.

Ranked by comments, Trump takes the lead. This is one area in which he has a huge lead over his fellow candidates, with total comments for this period of 614,836. To put that in perspective, Carson gained 224,472 comments in the same period, meaning Trump has 400,000 more than his nearest rival on social.
Comments are one of the most meaningful forms of interaction on Facebook. As we have previously noted, in some instances comments are synonymous with sharing in that many users will tag their friends in the comments rather than physically sharing the post on their own or friends’ pages. In this sense, it could be argued that comment levels are a more accurate representation of a candidate’s overall reach on Facebook. That said, this doesn’t measure the tone or view of comments, which could just as equally be negative as well as positive. As such, comment levels aren’t an objective indicator of a candidate’s actual popularity, but do go some way in illuminating how much conversation their posts provoke.
Other changes evident in this ranking include Rubio moving up to sixth place with a total of 39,370 comments across this period. Fiorina moves down to seventh with almost 10,000 fewer comments. One notable change is Lindsay Graham’s elevation from 14th place overall to ninth-most-commented candidate. Our data shows a total of 14,883 comments for these 30 days, meaning comments account for just under a third of Graham’s total engagements – more than any other candidate.

An important factor to consider when construing these figures is that the actual number of posts made by each individual candidate differs significantly over the 30-day period. When adjusted to take this into account, the rankings again shift dramatically.
The following table illustrates the number of posts per candidate for the period examined, along with the average engagements per post:

Ranked by posts, Trump is the leading candidate on Facebook by some margin. On average, each post on his Facebook page generates 155,299 engagements; more than twice the amount of his nearest rival, Carson, whose posts gather 52,770 engagements on average. Carson in turn has three times the average engagements of third-placed candidate Huckabee, who generates about 16,989 engagements for each post.
Yet, the most striking thing about this ranking is the diversity in the number of posts. Considering the numbers his Facebook page generates, Trump hasn’t been especially active. Over a 30-day period – and one which included hot-button events such as the first Republican debate and the release of controversial videos about Planned Parenthood – he only posted 53 times. This is far fewer than most other candidates in this ranking. By contrast, others such as Ted Cruz and Rand Paul were extremely prolific, posting upwards of 250 times.
Again, Trump’s arguably greater profile will have given him a considerable advantage. As one of the few candidates with established international recognition, he’s likely to draw a wider audience from outside the US, and this will undoubtedly have had an influence on the numbers. Nevertheless, this breakdown suggests that the actual type and format of content may also be influential. Posting a steady stream of updates may be proactive, but may not ultimately count for much if activity levels are not matched by engagement.
It’s worth considering the actual format of the posts themselves. Our data has shown that success varies by platform, depending on the type of content. On Facebook, video is hugely influential, while on a visual medium like Instagram high-quality images often go a long way. Accordingly, a Facebook page may post relatively infrequently, but earn huge numbers if the content it does post appeals to the widest number of users.
With this in mind, let’s analyse the differing content formats favoured by these candidates over the 30-day period.

The format of content employed by the candidates varied widely. Several candidates posted high numbers of external links, which aren’t exactly key to unlocking solid engagement. The highest-performing candidates seemed to post a mixture of content, from photos to videos to general updates. Overall however, those that appeared to put some effort into tailoring content and campaigns specifically to Facebook were more successful.
The top post overall came from Ben Carson, whose update in the immediate aftermath of the Republican debate brought in 463,659 engagements during this 30-day period. Interestingly, the post is a general update, sharing the candidate’s thoughts on the debate and pointing out a surge in followers on both Facebook and Twitter. This surge is impressive – as noted above, Carson reportedly gained 100,000 likes on Facebook and 400,000 followers on Twitter over the course of that evening, so it’s not surprising that his announcement would pick up a lot of buzz.
[fb_pe url=”https://www.facebook.com/138691142964027/posts/508811469285324″ bottom=”30″]
Carson’s page showed a high number of general updates (i.e. text-only posts, which didn’t include a photo, video, or external link). Seven of his highest-performing posts were general posts, along with two photos and one video. Trump seems equally fond of general posts, with 8 of his most successful posts taking this form (along with one photo and one video). His most successful post is this one from 29th July, a typically firebrand piece praising a “silent majority”.
[fb_pe url=”https://www.facebook.com/153080620724/posts/10155900470310725″ bottom=”30″]
By contrast, nine of Huckabee’s top posts were photos. Cruz’s top post is also a photo, one which brought in almost 23,000 more engagements than any other post to his page during this period. However, the breakdown of his most popular posts is a little more diverse – there are five external links, four photos, and one video.
Further down the rankings, the breakdown shifts somewhat. Content becomes less varied, with many candidates appearing to rely less on Facebook as a means of interaction with their audiences. For instance, Carson encourages supporters to submit questions to a dedicated email address and then posts selected responses directly to Facebook. Trump records short, characteristically heated videos which post directly to Facebook, and Huckabee posts branded images captioned with his stance on hot-button issues such as the Iran deal and medicare.
[fb_pe url=”https://www.facebook.com/mikehuckabee/photos/a.74256207868.77439.6934857868/10153207173452869/?type=1&theater” bottom=”30″]
Other candidates were less considered in their approach, posting links to their main website or campaign pages. Such links obviously drive audiences and users elsewhere, which in turn makes it tougher to get conversations going and encourage engagement on Facebook itself.

While the above data provides some overview of the performance of candidates on Facebook, it should not be taken as a means of gauging their wider support. Social media represents only a small part of a candidate’s reach, and while it may be increasing in influence “likes” do not necessarily translate into votes.
The 30-day period covered by these rankings took in a number of important events and discussions. The Republican debate is likely to have stirred a lot more commentary and activity than might have occurred in a quieter period, for example, while topics such as the Iran nuclear deal and the Planned Parenthood controversies precipitated huge discussion.
With this in mind, it stands to reason that the rankings are set to change and change again in the coming months.

1) Sign up for a free Spike trial to see the US election news grabbing the attention of the social web in real time.
2) Subscribe to our weekly newsletter for the latest social data, distribution tips, and more.
Cover image: DonkeyHotey on Flickr